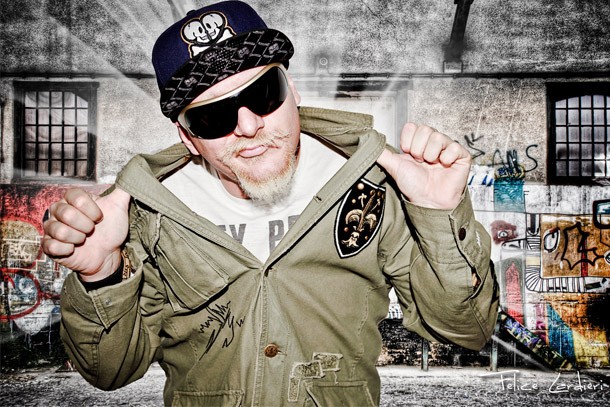 Cece Mc, born artistically and phisically in Milan, an environment of a big musical immigration, has the chance in the early 2000 to prematurely working with big national and international artists. In a few years he indeed becomes the Official Voice of some of the most popular clubs in Milan like Old Fashion,The Club and Limelight, proving that his passion and hiphop flow can successfully be inserted in Dance clubs.
In 2007 he becomes the Frontman of the brand Malibu and this role gives him the possibility to take a tour of all the main italian clubs.
Thanks to his fame and background matched to his passion for music he is chosen as a Radio 105 FM speaker in 2009 and only 2 years later through his “Street Radio Project” he becomes the Art Director and presenter of Maliboomboom Radio. In this time period he also got the chance to make successful duets with TwoFingers, to host epic italian events like Snowbreak and Station Invasion together with dj Albertino, and being the Italian Voice during international dj sets of Axwell, Hardwell, Dj’s from Mars, Bob Sinclair, and many more major worldwide-known artists.